I’m always a fan of going back to a director’s debut film, or at least their very early work, to see how many of their directorial traits and tics are on display from the inception of their film career. Even if I’m not a huge fan of a filmmaker’s body of work, I think that it’s a neat exercise to go back and explore some of their early films just to get a sense of how they’ve developed as an artist, and maybe why I never developed an affinity for their work in the first place. Christopher Nolan is one such filmmaker, for whom the bloom came off the rose with me relatively quickly. Although I do really enjoy a handful of his films, overall I’ve never really understood what all the hype was about. I feel that Nolan’s early work is still his best, with Memento certainly standing out as my favorite film of his, and that his output has suffered greatly from the popularity and public intrigue he gained after filming the massively popular Dark Knight trilogy. As such, I enjoyed going back to Following to remember the qualities that I really enjoyed in Nolan’s work before his films became maximalist puzzles. I appreciate the miniscule scope that he works on in his debut, and the way that this cloistered aesthetic helps to build a sense of tension and anticipation. Though it doesn’t always deliver in the way that Nolan’s next couple of films do, Following is, nonetheless, a well-crafted and original neo-noir thriller, and an obvious indication that Nolan would go on to perfect some of the techniques he tries out in this small film. 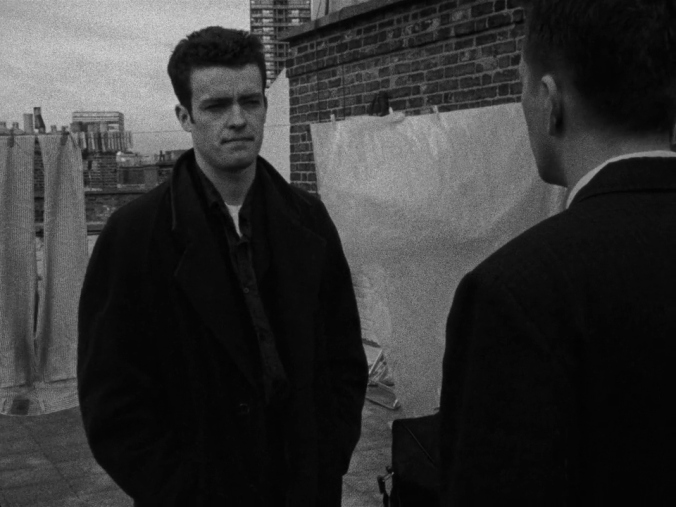 Following tells the story of a young aspiring writer (Theobald) who decides that he will begin following strangers throughout London in order to gain insight into their daily lives and to gain inspiration for his stories. He establishes rules for himself to minimize his risk of being caught, and, likely, to assuage his own fears of his latent voyeurism, but he quickly starts to break these important rules. The first rule that he breaks is that he begins to follow a particular man, Cobb (Haw), for several days in a row, which leads to Cobb cornering him and demanding to know why he is being followed. After a brief discussion, Cobb reveals to the young man, who tells him his name is “Bill,” that he is a burglar, and he invites Bill to join him in breaking into a home. Cobb rarely takes anything of value, instead preferring to use his burglary as a way to insert himself into his victims’ lives, shaking up their sense of normalcy and security. This approach to breaking and entering speaks to Bill’s desire to peep into other people’s lives, and he quickly takes to the job, forming a sort of partnership with Cobb. Bill quickly gets in over his head, becoming involved with a woman (Russell) whose apartment he and Cobb have burgled, and offering to steal some photos that a gangster is using to blackmail her. However, in this duplicitous world, no one is who they seem to be, and Bill begins to realize that he’s a pawn being used in a larger scheme.

Narratively, Nolan does a great deal with a fairly straightforward premise. He shows an innate understanding of how to create tension and suspense by harnessing a particular visual aesthetic, filming his subjects in a near documentary style, utilizing a lot of handheld shots and close up framings. Following is proof that necessity is the mother of invention, as Nolan shows great creativity and resourcefulness in achieving a coherent vision despite his film’s paltry $6,000 budget. He uses the grainy look of 16mm film stock to his advantage, evoking a sort of realism and heightening the film’s sense of place by giving it the look of a newsreel. Shooting on location also serves to increase this verisimilitude, with the apartments that Cobb burgles feeling like real, lived-in spaces, increasing the queasy feeling of violation that the film induces. It’s truly impressive how affective Following is, with its ripped-from-the-headlines style inducing major paranoia, while the pleasures that Cobb gets from rifling through his victims’ possessions is truly perverse and unsettling. Nolan achieves all of this while exhibiting an extreme and necessary minimalism in his shooting style, choosing to capture these sick acts simply, allowing the mundane to become foreign and alarming before the audience’s eyes. 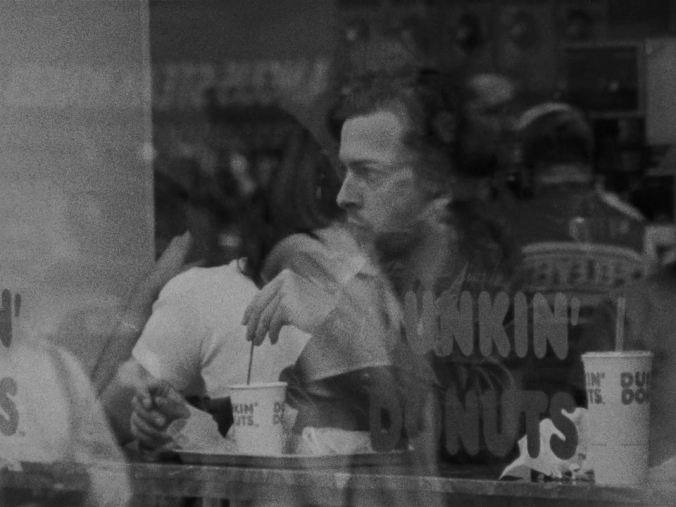 The sense of disorientation and unease is furthered by Nolan’s now familiar trope of telling his story out of order. The narrative jumps around, beginning at the end as Bill is recounting his story to a police officer, hoping to absolve himself of a murder. Like Memento after it, Nolan uses a nonlinear structure in Following to represent the main character’s state of mental unrest, but unlike that later film, which unfolds in reverse, Following presents its story in a jumbled mix of cut scenes, with past, present, and future colliding haphazardly. This structure is representative of Bill’s own inability to process and make sense of the double cross that has been played on him by Cobb and the woman whose apartment they burgle; the audience is witnessing his attempt to shuffle through the events of the previous few days, trying to find the reason that he was chosen as a patsy. Nolan’s use of nonlinear narrative structure would become more nuanced and layered as his career would continue, but it is nonetheless incredibly effective in its nascent form in Following. The randomness of the story’s unfolding keeps the audience lurching and confused, requiring close attention to detail until all of the film’s principals have been introduced, and the broader strokes of the timeline have been established. Though the film does settle into a bit of rhythm by its midpoint, its twist ending is still a sharp left turn that makes perfect sense in retrospect, but is nearly impossible to really see coming. I normally hate films that incorporate a hard twist in their final act, because it is so rarely achieved gracefully in the context of the narrative, but rather than depending on its shocking ending, Following incorporates the ending into the larger disorienting context of the narrative, providing one last, satisfying, gut punch to the audience’s sense of narrative surety.

What I think I appreciate about watching Following after having seen Nolan’s career unfold in the ensuing 20 years, is the surehandedness with which he wields his nonlinear structure to bolster the effects of his simple narrative. As his career continues and his films become more complex and maximalist, I’ve started to feel that his narrative twists and turns have become more gimmicky and less in service to constructing a compelling narrative. In his earlier pictures, up to and including The Prestige, it felt to me that Nolan’s use of novel storytelling techniques was in service to constructing a larger structure. It was a great suture of form and content, with the storytelling devices informing the overall narrative and vice versa. Unfortunately, over the last decade, I feel like Nolan has been falling into a trap that seems to befall many artists who become overly associated with a particular style. His films have become less formally innovative while relying on convenient “twists” or storytelling peculiarities, such as concurrent narrative threads, or the nesting doll structure of Inception, to increasingly disappointing results. I feel that Nolan has started making films with a “gotcha” premise or a superficially confusing structure, which lend his newer films being thought of as “smarter” than his earlier output. I don’t think that movies like Inception or Interstellar are bad, but I think that their cinematic importance has been overrated, while his taut, more narratively interesting earlier films like Following aren’t nearly as celebrated.

I imagine if I had seen Following when it was released in the late 1990s, I wouldn’t have at all predicted that Christopher Nolan would become one of the most successful and critically acclaimed filmmakers of his time. The debut certainly points to his ability to craft a compelling story and capture memorable visuals, but it really doesn’t indicate the rapid and tremendous rise to fame that Nolan would soon embark on. Even after seeing Memento, which I loved at the time and, disappointingly, won’t be writing about for this project, I would have assumed that Nolan would go on to become a respected indie auteur rather than the creative mind behind some of the 21st century’s biggest blockbusters. However, that’s exactly what Nolan has become, for better or for worse, so going back to watch a tiny movie like Following feels highly anachronistic. There are definitely seeds of Nolan’s style at work in the movie, but it feels divorced from nearly everything that he has made since taking on the Batman license. Nolan’s career path has pushed him to making bigger and more ambitious films than Following or Memento, but I’d be very interested in seeing him return to his gritty roots and strip away some of the high production gloss that he’s enjoyed for his most recent projects. Clearly, he has an affinity for pulp, so a return to the noir genre would be an unsurprising and welcome turn for his career, in my opinion. I maintain a respect for and an understanding of the craft that Nolan brings to his films, but they’ve rarely connected with me in meaningful ways, and I think another hardboiled narrative that drips grit and realism like Following might be the thing that I need to bring me back into the fold.