Bruce Lee’s first major film, The Big Boss (mistakenly released in America as Fists of Fury), is far from the best showcase of Lee’s star power and his physical prowess, but it does hint at some of the exciting things to come. The film was initially written as a vehicle for James Tien, but when a change in director was made, Lee was given the role of the main character, Cheng, and the film went on to become a massive success, turning Lee into the most famous martial artist in Asia. The Big Boss was the first step in relaunching Lee’s career in Hong Kong, as he had left America following the cancellation of the cult TV show Green Hornet, on which he played the sidekick, Cato. It was the first in a pair of films Lee would star in, and serve as the driving creative force behind, for upstart film studio Golden Harvest. Lee’s presence helped to give the new production studio credibility, while Golden Harvest offered Lee the creative control that he was unable to achieve while working in Hollywood. The Big Boss would be the worse of the two films that Lee would complete for Golden Harvest, but the partnership helped to break him into the Hong Kong cinema world in a big way. However, Lee’s earliest Hong Kong films only scratch the surface of the potential that he would later fulfill as an action star when given a proper budget and the opportunity to work with a more competent film crew. 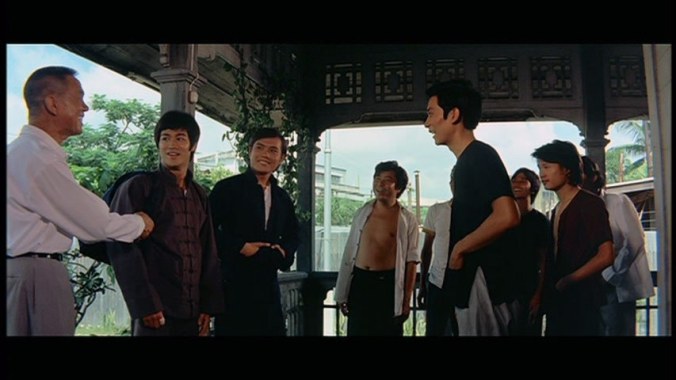 In the film, Lee plays Cheng Chao-an, who leaves mainland China to live with his cousin, Hsu Chien (Tien) in Thailand. Hsu Chien has secured Cheng a job working with the rest of his family at an ice factory, but when Cheng starts working at the factory, he realizes that the boss is using the ice blocks to smuggle drugs. Shortly after this discovery, Cheng’s cousins begin disappearing one by one, which leads Cheng and the rest of the workers at the factory to go on strike, demanding to know the whereabouts of Hsu Chien and the rest of their coworkers. When the boss’s thugs try to break up the strike, Cheng jumps into the fray to defend his friends, breaking a vow made to his mother before leaving China that he would not get into any fights or trouble in Thailand. In an effort to reconcile with his workers, the big boss makes Cheng the factory foreman, but this only leads to him getting closer to discovering the true nature of the factory’s business and putting him into direct conflict with the big boss and his cronies. 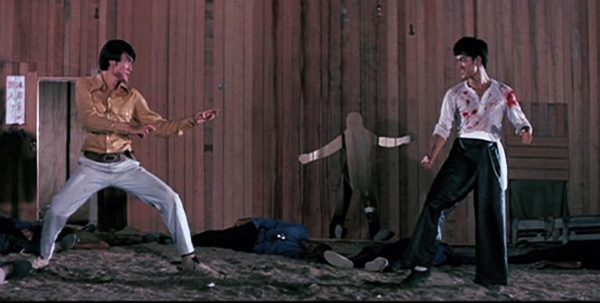 The Big Boss isn’t a bad movie, but, as I alluded to, it definitely suffers from low production values and a lack of focus. It is obvious that the film had a somewhat fraught production. On-set injuries, poor shooting conditions, a revolving door of crew members, including the director, and, at times, disagreements between Lee and Wei on the vision of the film all added up to make the end result a bit of a mess. The film’s first half gets started much too slowly, with the focus primarily on Hsu Chien rather than Cheng, perhaps a holdover from the original intention for the film to be a vehicle to escalate Tien’s existing popularity in Hong Kong. Using the narrative excuse that Cheng promised his mother that he would avoid violence, Lee’s character is largely brushed to the side while Tien gets all of the fighting scenes. While Tien grabs the spotlight, Lee plays out a mildly incestuous and totally unnecessary romantic hero side plot with his only female cousin, Chiao Mei (Yi). When Cheng finally breaks his vow to his mother and Lee gets to showcase some of his fighting skills, it’s very obvious that he is a much better martial artist than Tien, and it’s hard for me to accept not having enjoyed the clinic that Lee puts on in the film’s second half for the full runtime.

Unfortunately, even when Lee is allowed to fully showcase his kung fu, his skills are undercut by the film’s persistently bad editing. During fight scenes, Lee is rarely shot in full shot, instead his movements are implied by a series of quick cuts from insert shots and close-ups. The shooting angles are often disorienting, and the camera movements lack any fluidity making many of the fights featuring Lee difficult to really follow and enjoy. I’m sure that most of the jarring cuts in the film’s fight scenes were efforts to hide the fact that during production Lee was shooting through both illness and injury, but that doesn’t make the lack of any coherent flow or rhythm to the fight scenes any less obtrusive. Add to this the fact that the beginning of the film hardly features Lee in an action role, and The Big Boss is rather disappointing as a martial arts film, on the whole. Lee and Wei would correct some of these mistakes and turn out a much more enjoyable and consistent effort with their next film, but The Big Boss still has the marks of a partnership that is being felt out, and a star persona that is just beginning to emerge.

One of the factors contributing to my disappointment in rewatching The Big Boss might be the absolute terrible quality of the transfer on the DVD that I have in my collection. I can remember purchasing this DVD, which is essentially a decently-packaged bootleg from a foreign distributor, when I was about 19. Around that time, I started finding and purchasing very inexpensive copies of kung fu movies online, but the quality of the image and the presentation, in general, was highly variable. This movie is packaged as Fists of Fury, which was the incorrect title that The Big Boss was released under in America, hence its position here in the alphabetical list of my collection, and the disc contains no special features or booklet, just a poor quality copy of the official theatrical release cut of the film. It’s only audio track is the poorly dubbed English-language version, which I actually prefer for these types of old school kung fu movies, but it would be interesting to watch the film in its native language. I understand that by now there have been several remastered official home video releases of The Big Boss and Lee’s other Hong Kong films, so I would be interested to check out a better looking copy of the movie and see if it changes my opinion of it at all.

I don’t mean to paint The Big Boss in too negative a light, because it is still a pretty fun kung fu movie in its own right. Despite its shortcomings, fans of the genre will absolutely find plenty to enjoy about the movie. It checks off all of the correct campy boxes, features a few fun fights, and, obviously, it’s still a Bruce Lee movie. Lee’s relatively small body of major work remains the gold standard in martial arts films for many people, and it would be hard to argue with that sentiment. Lee was the perfect combination of skill, athleticism, and charisma to break martial arts into the mainstream in the West, and the building blocks of his style are on display here. One thing that I did think about when I was watching The Big Boss was how remarkable Lee’s progression as an actor and star was from this first feature to his later films, Way of the Dragon and Enter the Dragon. There are less than two years separating the Hong Kong release of The Big Boss and Lee’s untimely death, and to think that his career had progressed so quickly and positively in that time is incredible to me, especially having recently watched Enter the Dragon for this project. It’s hard to predict where Lee’s career would have gone after the success of that film, but his rise to fame started with The Big Boss, and even if it doesn’t feature Lee at the height of his powers, it’s worth at least a watch.

One thought on “Fists of Fury (The Big Boss)”