No Crooklyn or Clockers. No 25th Hour, which is likely my favorite Spike Lee joint, and no Do The Right Thing, which is a glaring omission in my collection. The only movie directed by Spike Lee that I own (aside from his excellent four part Hurricane Katrina docu-series, When the Levee Broke) is Inside Man, and while it might not be as iconic as some of Spike’s earlier work, watching it again served as a reminder that he’s a filmmaker with an instantly recognizable style that has proved to be perfectly malleable to different genres and modes of filmmaking. Inside Man finds Spike working from an original script that largely eschews politics or issues of race, and delivering a top-rate thriller that stands up alongside the classic heist movies that influenced it. The casting is excellent, the script provides a roller coaster of twists and turns, and Spike’s direction proves as deft as ever, brilliantly capturing the action in a way that feels immediate and artistic. I hadn’t watched this movie in a long time, but I remembered it being a favorite of mine the year that it was released, and the rewatch reaffirmed my suspicions that this should be a sneaky entry into the best Spike Lee movies conversation.

Inside Man doesn’t set out to reinvent the wheel when it comes to the heist genre, but it does provide enough twists and turns along the way that it should keep even attentive first time viewers guessing until the very end of the movie. The movie is really quite simple, with a group of bank robbers, disguised as a painting crew and led by the charismatic thief Dalton Russell (Owen), descend upon the First Manhattan Bank. They set about rounding up the tellers and customers, and force all of their hostages to put on matching painter’s jumpsuits, effectively erasing the distinction between hostage and thief. Detective Keith Frazier (Washington) is the hostage negotiator assigned to the bank robbery, and when he and his partner, Detective Bill Mitchell (Ejiofor), arrive on the scene, the action begins in earnest. The cat and mouse game between Dalton and Frazier plays out as expected, with Dalton seeming to maintain the upper hand nearly throughout. The dynamics change, however, when Madeleine White (Foster), something of a fixer for the very rich and powerful, enters into the negotiations on behalf of the bank’s founder, Arthur Chase (Christopher Plummer). The trio circle around one another, each attempting to broker the best deal for his or her chosen side, until the hostage situation ends dramatically with Dalton releasing his hostages immediately before a SWAT unit bursts through the bank’s front doors. Dozens of people tumble out of the bank and into the street, all dressed identically, and from there it’s up to the police to not only determine the “who” and “what” of the robbery, but also the “why.” 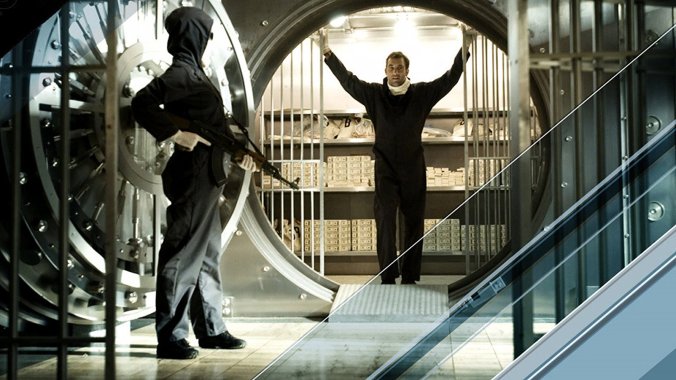 Right off the bat, one of the biggest things that Inside Man has going for it is its phenomenal cast. Denzel Washington and Clive Owen are perfect foils, and although they only share one major scene in the film, the polar opposite energies in their performances are a driving force behind the film. Detective Frazier is a vintage Denzel role, and the officer’s cocksure style and verbose nature provide ample opportunity for Washington to chew the scenery and put his signature perfectly delivered line performance on display. He’s completely in his element in Inside Man, and the back-slapping, bullshitting, charismatic performance is a pleasure to watch. It’s matched by Owen’s quieter, less embellished work as the film’s antagonist. He plays Dalton Russell as the literal embodiment of the platitude, “speak softly and carry a big stick.” While he maintains control of the hostage situation through immaculate planning and execution, he also engages in well-timed bursts of violence to keep his hostages frightened and confused. Owen is convincing as both the mastermind of a perfect crime and as a madman willing to kill anyone who would stand in the way of the completion of his goals. As the third lead, Foster doesn’t get quite the screen time that her male counterparts enjoy, but she makes the most of her big scenes. She matches the gravitas of legendary actor Christopher Plummer, conceding nothing in her steely performance. I’m not a huge fan of the way that Madeleine White is written as a character, because her lack of backstory and depth kind of makes her seem like a career-focused automaton, but Foster is adept in the role, and she brings a hard directness to her negotiation style that well complements both Washington’s conversational style and Owen’s more reticent, intellectually guarded position.

The larger lesson of the film Inside Man is that a story is truly in the telling, and both the film’s form and content support that position. Spike Lee lends his visual panache to an already well-written crime film from first-time screenwriter Gewirtz. He moves his camera restlessly to mirror the disorientation that the blindfolded and bound hostages must feel. He features some masterful tracking shots both inside the bank and in the street outside of it. While Inside Man might not be as formally inventive as Do The Right Thing or The 25th Hour, Spike includes a few strange moments where he harkens to some of his more experimental and independent roots. One brief tracking shot where Detective Frazier appears to float directly at the camera springs to mind immediately. The directorial choice to tell the story out of order, interspersing the presentation of the robbery and negotiation with interrogations of hostages and robbers after the fact, also leads to a richer telling, maintaining the audience’s lack of narrative surety and keeping them strung along until the very end. The film’s ending, which plays out like a prophecy and is somewhat reminiscent of the ending of The Usual Suspects, never fails to leave a smile on my face. It’s a perfect bow on this present of a movie that begs to be unwrapped more than once. 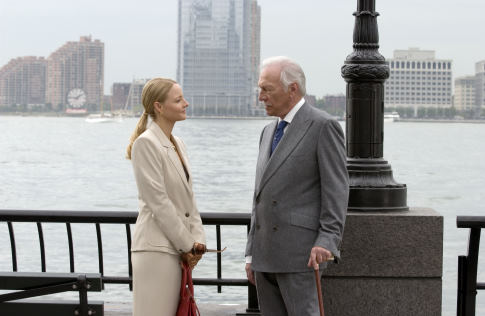 Inside Man was well received when it was released, both commercially and critically, but it isn’t a movie that immediately pops into my mind when I’m thinking about movies from that period in time, or about Spike Lee movies. I really should consider it more, because it’s an enjoyable experience every time I watch it, and even though I’m more than familiar with the movie’s myriad plot twists, it doesn’t seem any less satisfying rewatching it several times. I have to accredit this to the cast’s perfect embodiment of their respective roles and to Spike Lee’s impeccable direction. Even though he came onto the project essentially as a hired gun, he reportedly relished the opportunity to direct a modern take on Dog Day Afternoon, and his enthusiasm shows. Even working from someone else’s source material, the telling of the tale is all Spike Lee. The movie’s tone and visual style, its subtle references to American racial politics, its essential “New York-ness,” are all signature elements of a classic Spike Lee joint. If you haven’t seen Inside Man, I’ve tried to avoid any real spoilers here so go out and track it down for yourself. If you have seen Inside Man, don’t hesitate to give it another shot because it’s a richly rewarding and engaging film.

I missed my deadline on this post for the first time in a while with this project. While I typically try to work 2-3 weeks ahead of time, my months of October and November have been hectic, both personally and professionally, and I’ve been left with less and less time to work on this project. I’m hoping that in the next few weeks my schedule will be more accomodating and that I’ll be able to continue working up to the standard that I hope to uphold for this writing.